The Smoover Side of Fellowship 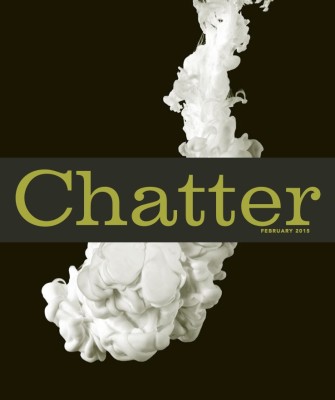 Dating is hard. And by dating I mean the physical act of pitching and catching woo (don’t worry, it’s non-toxic) and not messaging kissy-faced emoji to thy weekly soul mate until you accidentally text your mom that she’s your “rib match.” It requires thought, planning, no small amount of cash or credit, and someone willing to voluntarily endure your “natural musk” (this applies to you, too, ladies) for an hour or six. And therein lies the most formidable challenge of today’s dating world – acquiring the datee. Now, in today’s “modern” world with its eHarmony.coms and FarmersOnly.coms and ChristianFurries.coms, one might be prone to thinking that today’s single-and-evangelical-and-ready-to-mingle have it made. Just a dub-dub-dub-dot-clickety-click-clack and you’ve found yourself a contemporary Samson or Bathsheba. Sorry, I just accidentally Google’d LonelyBacksliders.com. To quoteth The Oprah, “Don’t go there, sister.” Regardless or irregardless of today’s techno-matchmakery, the difficulty in attracting a suitable candidate to determine if he or she is a suitable soul mate is equal or greater to (I never said there wouldn’t be math) the difficulty of doing so in less-evolved epochs such as the 70s. (Let’s not forget how flattering the leisure suit really was – just do an image search for “one easy piece” to refresh grandpa’s mind.) And leaving it to the Lord to rock your world with a cart collision in the frozen foods aisle isn’t the most spiritual of strategies. Because we all know Jesus hates broccoli. The main obstacle most folks in the dating world have to overcome is fear. And not just fear itself. In the olden days of my twenties, lo, those one score minus five or six years ago, that meant the fear of rejection. Few things shake one’s self-esteem to the core and/or bone like having a fellow human being tell you she would rather spend an evening alone with nothing more than a broken dial-up internet connection, a collection of Pauly Shore VHS tapes and a bag of Reagan-era Jelly Bellies discovered under the throw rug in the guestless guest room than be seen in public attempting to make small talk with you while her Frappuccino® goes flat. It hurts, man. Or so I’ve been told. But, as I alluded to in a much shorter sentence, fear of rejection is but one of the myriad fears hammering the already flummoxed hearts of would-be snugglebunnies for Christ. Some fear accidental cross-denominationalizing (irrational). Others dread discovering the objects of their affections cannot not cry at a Pentatonix video (rational and, verily, hard to avoid). Still others worry about stumbling into an episode of “19 Kids and Counting” (also rational and even more difficult to avoid). As the DC Talk cover of the Three Six Mafia’s Oscar-winning ditty would have gone had DC Talk not broken up in 2000, it’s hard out here for a proselyte. Especially when they inadvertently get jiggy wit it at Hammer time. Yet, I fear I’ve been nothing but a non-pharmaceutical Debbie Downer for the past 500 words. Painting a picture of Christian dating that is more Jackson Pollock after a day with the turpentine than a sunlit-dappled cottage lovingly rendered by the Thomas Kincade, Inc. plant in Shenzhen, China. To be honest, I’ve been married for over 11 years and have long since buried the harsh, bitter, lonely, bitter, fried-food filled, bitter days of singleness in the darkest recesses of my mind. Except for the fried-food part, of course. “But,” I hear you think because I’m secretly one of the X-Men (The Pasty Afro), “when has a lack of knowledge ever before stopped you from offering serious advice?” Touche, Elder Utley. Touché. To that end, I will tender a couple of tender missives meant to break down the walls of suspicion, the barriers of detached bemusement and the legally generic fortresses of solitude we are all wont to erect around our hearts. Some may crassly refer to them as pick-up lines. Some may be right. First, one for the gents: “Are you an angel? Because that would be a bona fide miracle since the Bible doesn’t actually mention the existence of female angels.” Not only implies that you find your PCS (potential Christian snugglebunny) to a be unique creature within God’s pantheon of created beings, but also that you have moved past the milk of noob Christianity into the realm of nit-picky doctrinal swamps that drive the ladies wild. Now for the ladies: “I’ll let you misquote and misapply Ephesians 5:22 to me once a year on Super Bowl Sunday, unless you’re rooting against my team.” No explanation required, am I right? Finally, something more universal: “Howdy.” Surprisingly effective. Even outside of Texas. As always, use at your own risk. Then again, I’m the guy who’s been married for over a decade and got the woo-pitching rolling with references to Richard Simmons and a (lack of a) Wessonality sheen, so maybe go ahead and roll the dice. That’s just a metaphor, Elder Utley. Please, no wagering.   This column originally appeared in the February 2015 edition of Chatter Magazine and can, if Scribd.com still exists, be found here.