When Brian Magee opened Upstream Brewing Company in 1996, he instantly became the city’s brewpub master. And not just because Upstream was Omaha’s first brewpub. Fast-forward 20 years, a second location and millions of customers satisfied by millions of pints (and more than a few steaks), and Brian & Co. found themselves in the enviable position of having a thriving brand and in the difficult position of needing to update it. Which is where this work comes in. To help make sure their public voice was as consistently enjoyable as their food and beverages, my team and I gave them a branding platform that codified their core values, a more unified tone and look across their marketing efforts, and a new website that delivers contemporary UX and UI features absent from most restaurant sites. Including the ability to view a menu without downloading a PDF. How novel. 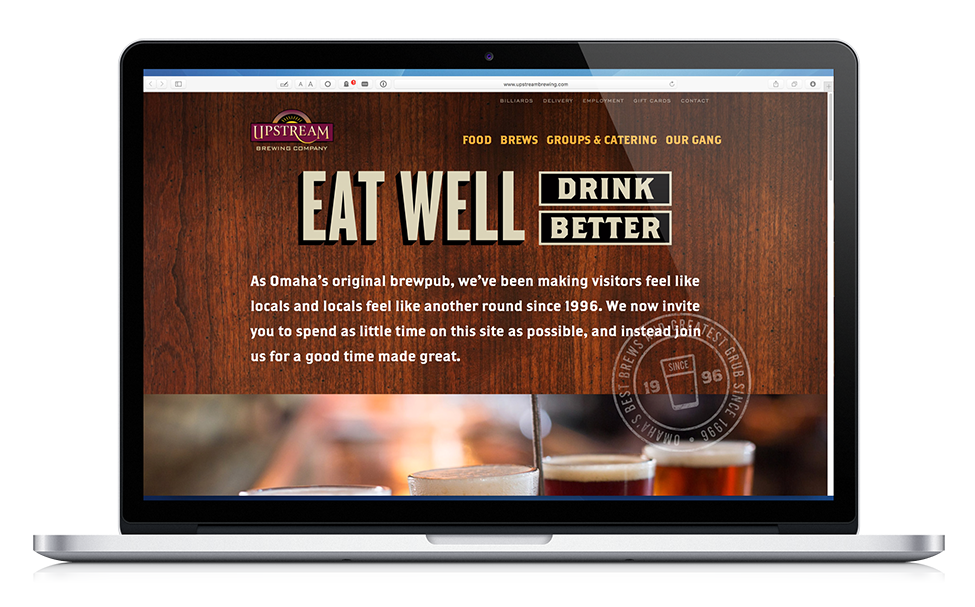 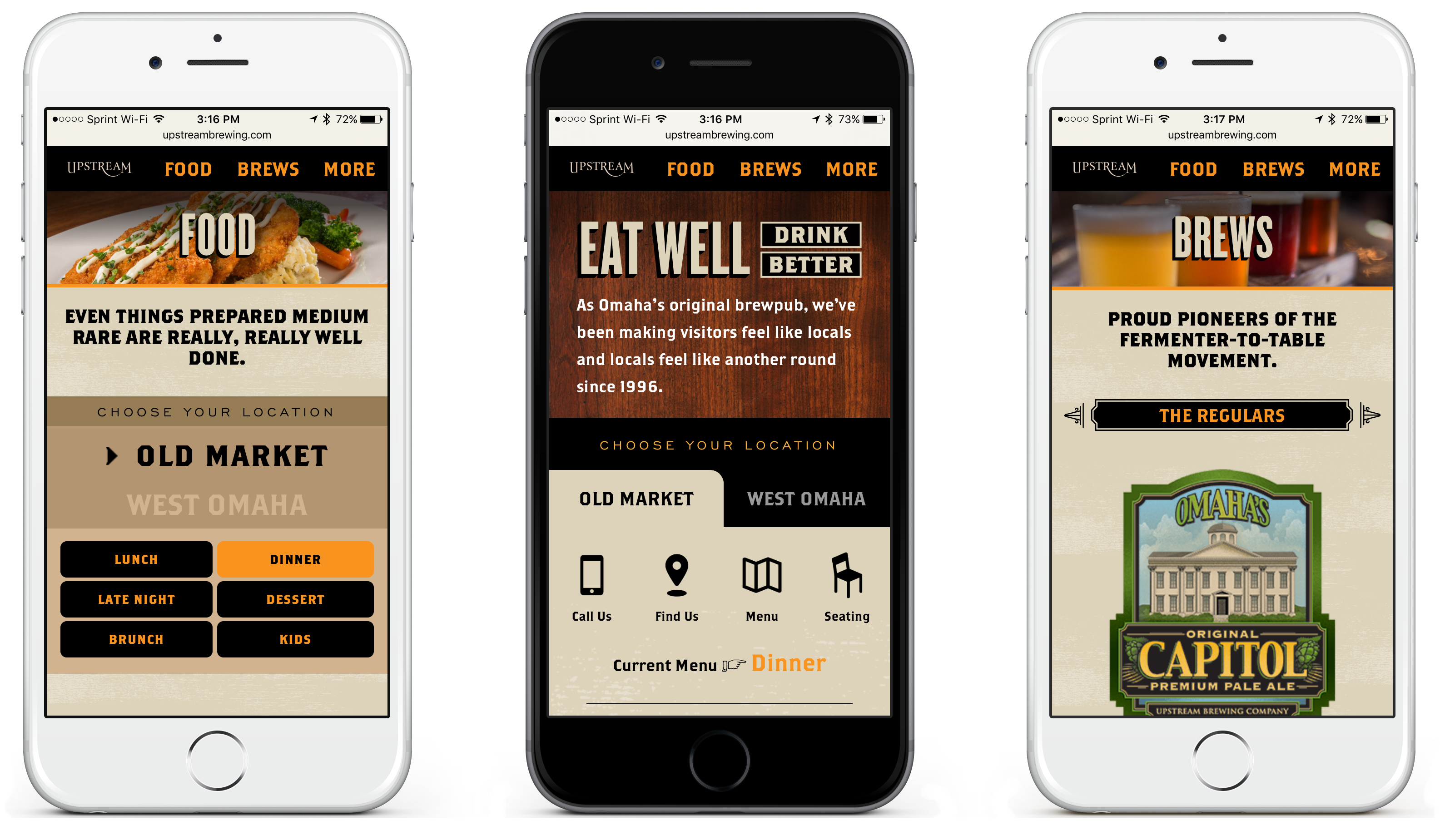 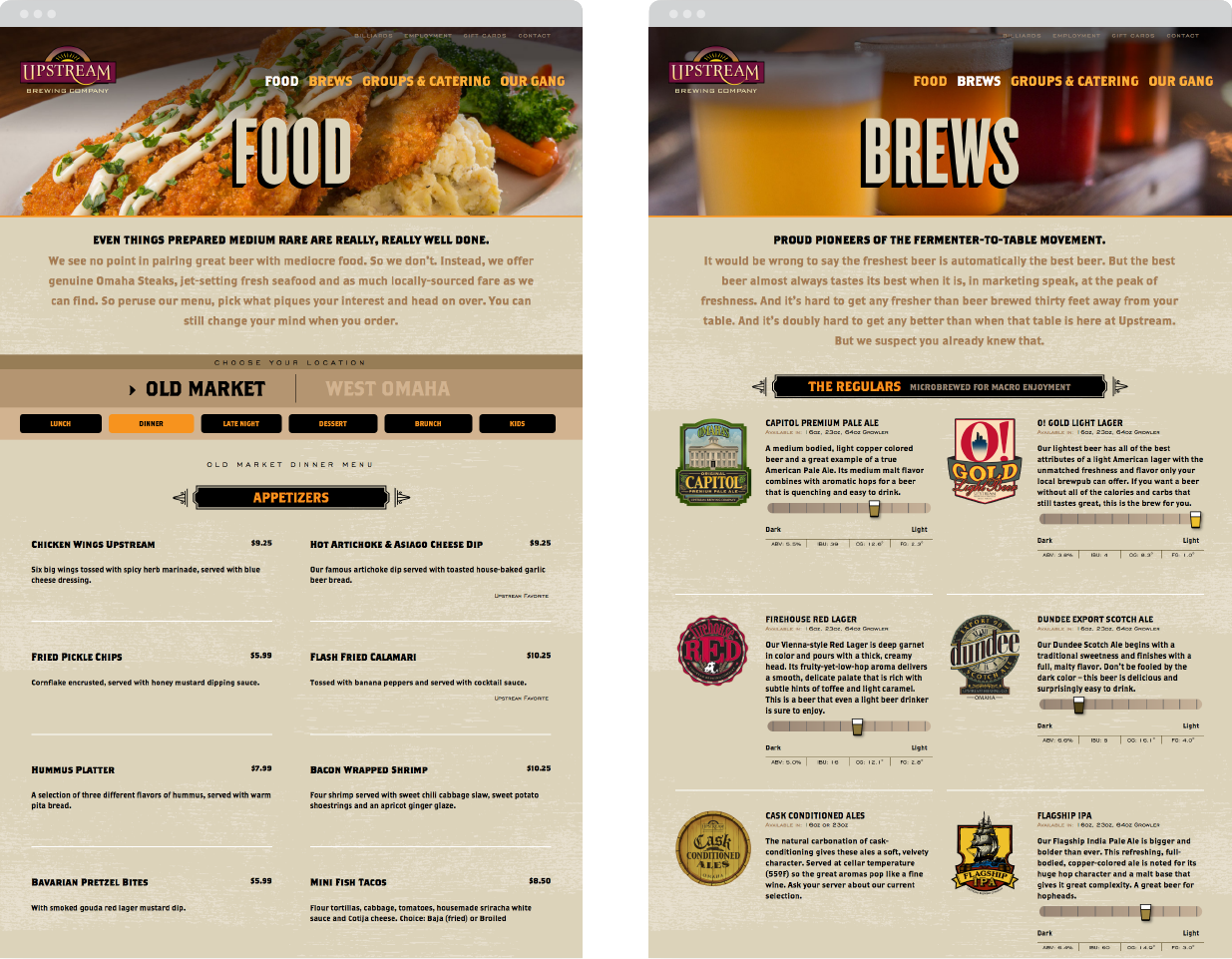 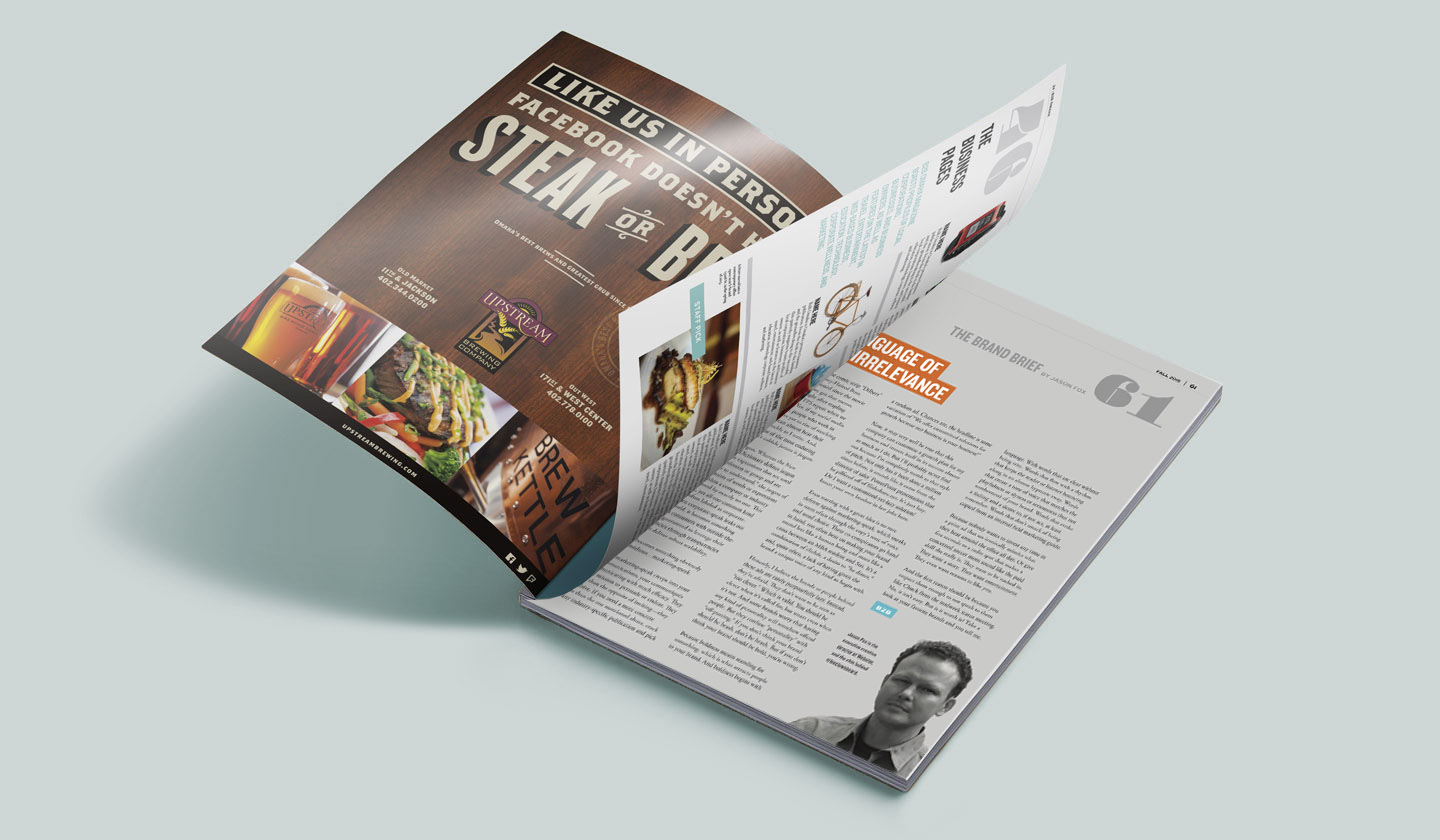