A Pox of Kardashians 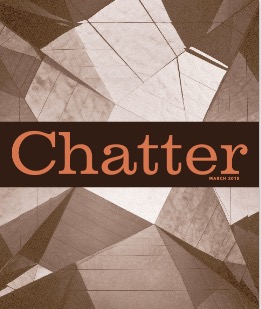 This winter, few things have been hotter, Biblically speaking, than the Exodus. Hotter than the Second Coming. Hotter than driving your life purposefully. Hotter than C.S. Lewis at the New Converts class. Hotter than naming your hipster-friendly side service “The Upper Room” in 2002. Hotter than the water I’ll be in with the editor if I don’t knock it off.
This current enthusiasm for all things Exodus can be traced to the 1956 Technicolor explosion known as “The Ten Commandments,” proving that things really do take a while to migrate from the coasts to the middle of the country. Also, I hear there was some sort of fan-produced quasi-remake out recently starring that guy from “Newsies.” Double also, pastors across the land have been crafting multi-month sermon series around the book – possibly to avoid having to preach about the prodigal son one more time, and possibly to tell really bad “parting of the red hair” jokes about unsuspecting ginger deacons. Of course, one couldn’t have had the Exodus and all of its sand-chafing glory without the events that led up to Pharaoh telling the Israelites, “Land o’ Goshen, get outta Goshen!” That’s an exact quote, by the way. Today, these events are known as “The Ten Plagues.” They were also known as The Ten Plagues back in Moses’s time, too, only without the quotation marks because they didn’t have irony. These plagues were inflicted by the Lord, not willy nilly, but with great specificity as to their intended meanings and effects. None of which was to make it take 3,500 years for CGI nerds to give us a decent set of flying frogs. That was just an unintended consequence, like that kid who’s eight years younger than his siblings. Being specific to their time and place, The Ten Plagues would not work so well today. An outbreak of boils would be quite the nuisance, but it would also make Nancy Grace as giddy as anyone possibly could be about a boil outbreak. So that’s no good. No, if the great I Am were to rain down his judgment upon the Pharaohs of today (Jay-Z and Beyonce), He would need to adapt. Or perhaps, to stay modern, outsource the adaptation. You see where this going. TURNING THE NILE TO BLOOD As a judgment against Apis, Isis and Khnum (the god, goddess and guardian of the Nile, respectively), God turned the waters of the Nile into blood. Something even the Egyptian’s ancient Brita filters were unable to counter. Today, in judgment of the modern god YOLO, Yahweh would instead turn all the Red Bull into water. Whoa. Extreme. FROGS Representative of the frog-headed birth goddess Heqet, frogs were considered sacred and not to be killed (or licked). Which constitutes a problem when they rain down like slimy cats and dogs upon the land. The modern equivalent: Every audio device plays “The Rainbow Connection” on an endless loop. Did I mention it would be the Muzak version? LICE A finger of God in the eye of Set, god of the desert (no idea why), lice are almost as nasty as our grade school nurse, Ms. Scabato, made them out to be. Contemporary judgment would go against our god of discount vanity, Vidal Sassoon, with all the shampoos in the land being converted to Nix. Ahhh, the smell of it. FLIES The Egyptians had two gods, Re and Uatchit, who were represented by flies. Because, umm, you got me. During this plague, flies clung to the Egyptians like stink on Sharpie while leaving the Israelites alone. Today, God would simply unleash upon the heathen a horde of telemarketers while making the Do Not Call list actually work for the faithful.
DEATH OF LIVESTOCK A giant noogie to the cow gods Hathor and (once again) Apis, today’s equivalent would be the simultaneous immolation of all the world’s barbecue joints. Even the ones in Dallas that couldn’t manage a decent sauce to save their souls. Why yes, I am a Kansas City native. Why do you ask? BOILS The Egyptian gods of health (Sekhmet, Sunu and Isis) were no match for Heaven’s Boils. Probably because said gods didn’t really exist. In the 21st century, however, we have Drs. Oz and Chopra, who most assuredly do exist. The justice of the Lord? Eczema in the shape of The Oprah. And there ain’t enough Cortizone-10 in the world to soothe that irritation, girlfriend. HAIL & LOCUSTS Giving an almighty swirly to the sky goddess Nut, storm god Set and crop god Osiris, the hail that pummeled the Egyptians and destroyed most of their food supply was at least 20% nastier than anything ever seen in Coppell. Then Plague No. 8 followed with giant swarms of locusts to eat the crops the hail missed. If this all sounds like a typical spring evening in west Texas, then you understand why this plague needs updating. DARKNESS Lights out for the sun god Ra, from whom Pharaoh was said to be descended. To snap the current culture back in line, the Lord would cause every smartphone, tablet, TV and other screen to instantly and simultaneously shut down. Returning the planet to a state in which an ancient force, long though extinct, re-emerges to seize the communications void. Yes, I speak the name that should no longer be spoken: BlackBerry. KILLING THE FIRST BORN Yeah. We’re just going to let this one slide as it’s not exactly fertile ground for mining comedy gold, sweet mixing of metaphors notwithstanding. As you can see, the standards for modern plagues aren’t quite as violent, destructive or scab-inducing as those in Egypt. That’s because we are a doughy people, soft of both gut and spine, and we would collapse in a collective heap if God ever let loose a plague of data overages or possibly one last Kardashian sister. Yahweh help us all.
This column originally appeared in the March 2015 edition of Chatter Magazine and can, if Scribd.com still exists, be found here.