Reign of the Easter Goat 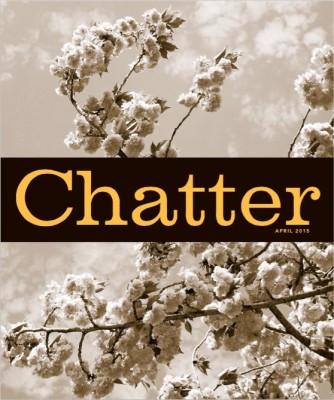 Easter, as a holiday, is a bit confusing. The effect to Christmas’s cause, Easter sits as the defining moment of Christianity, representing the singular event without which our faith is futile, our morality meaningless and our affinity for alliteration even more annoying than usual. But as a celebratory holiday, we’ve never really known what to do with it. The traditional Easter traditions are, at best, scattershot and, at worst, bead-intensive. Why does the resurrection of our Lord and Savior spur ladies to buy new, one-time-use-only, suburban sombreros? Do hollow chocolate bunnies represent the empty tomb? No. They represent a total gyp. And, not to stir up strife amongst the body of Christ or with my own lovely wife, but Peeps are the devil’s own confection.

Despite the shambolic nature of Easter’s assorted leporine-based shenanigans, the Fox family did, in the early years of spawn-related parenting, manage to establish at least one non-ham-based tradition: Attending the freewheeling Easter egg hunt and rated-G hoedown put on by the Plano Area Mothers of Multiples support group for exceedingly tired Texas multi-mamas. Because we had (and have) twins. Well, triplets really. One was just 21 months tardy. Anyway, our annual pilgrimages to some area school or farm or unincorporated Collin County field left an indelible impression on me. The kids only recall the candy. And my wife doesn’t recall much of anything between January 2008 and November 2011.

Each trip began with parking. Wait, no, each trip began with the ceremonial packing of sippy cups, snacks, diapers, diaper disposal containment bags, the big stroller, the medium stroller, the two single strollers, jackets, wipes, table toppers, sun screen, bug spray, silkies, sunglasses, board books, lint and three dozen burp cloths with stains ranging from Picasso (“I see a cubist version of Grandma.”) to Escher (“This is scientifically impossible without the unification of general relativity and quantum field theory.”). Sometimes we even remembered the kids.

Thus loaded and locked in, we sallied forth across the mega-laned byways of DFW until we reached the appointed destination and engaged in our first family-focused fun-time activity of the day, finding a parking spot. Not that there weren’t plenty of spots in the lumpy field that served as part-time lot and full-time opossum toilet, there were. It’s just that if one wishes to actually find one’s vehicle later in the day, one must avoid parking near similar vehicles. Which is difficult in a silver Honda Odyssey, the Official Minivan of North Texas 2005 – 2010. Also, opossum opoo.

Shoe-safe parking rights thus secured, the better half and I would load up our gear, insert one or more Foxlings into a stroller and commence the trek towards the actual location of the activities. Halfway to the good times and three stops to tie shoes later, I would remember that I had forgotten to remember to bring the kiddos’ Easter buckets. Yes, buckets. So, while the rest of the clan got down to the serious business of ova-based hooliganism, I would leave my perfect parking spot behind to make a toll-laden 50-minute round trip to home base and back. Was my forgetfulness on purpose? Tune in next paragraph…

No. At least not consciously.

If you think it’s scary having your parents shove your five-year-old self toward the lap of a giant, perma-smiled rabbit who has set up its burrow between the Wicks ’n’ Sticks and Auntie Anne’s Pretzels, consider how you’d feel to find that same psychotic furball sprinting towards you at full pace threatening to hug the joy, joy, joy right out of your heart. Because that’s what greeted our brood. Luckily, since it was Texas, everyone had their concealed carry permits. Mmmm, hasenpfeffer.

Having left Steven King’s The Bunny to harass new arrivals, we immediately faced another frightening challenge – navigating the hundreds of equally scary children. Because while our children were freakin’ totes adorbs long before totes adorbs was totes irritating, everyone else’s offspring freaked me out as much as The Offspring did circa 1998, as fly for a white guy though I may have been. And when the majority of those imps looked like one to three other imps? Let’s just say I wouldn’t have been too surprised to find Rod Serling smoking a menthol behind the bounce houses.

Which brings us to the bounce houses. Personally, I love bounce houses. If I could somehow live in a bounce house I would. Although as a Type 1 diabetic, living in an inflatable domicile is surely a recipe for disaster or a standing order for patch kits from Amazon. However, as the PAMOM gathering was theoretically “for the children,” I was not so theoretically barred from entering any air-supported home, castle, slide or sumo wrestling ring. But at least the kids had fun celebrating the atonement of their sins by flopping around like carp on Vicodin for 20 minutes.

More than the faith of a small child. More than the small faith of a mustard seed. Yes, more than the faith exemplified by the two examples I can think of without hitting up Google, we must have the faith of a goat. A goat that will eat anything presented to it based on its unwavering faith in the hand that feeds it, and its ability to digest even the most space-ageiest synthetics. At least that’s what I think the row of (goat) kids trying to eating (our) kids meant. But I was still scheming on how to get into the bounce houses, so I may not have been paying adequate attention.

Finally, after the parking, the Bunny of Magog, the forbidden inflatables and the livestock jamboree, all the kids gathered for an age-segregated (because we all really can’t get along until we’re 12) egg hunt. The eggs, provided by the parents, were of the plastic variety and meant to be filled with candy that wouldn’t melt. Of course, most candy that doesn’t melt is awful and not fit for worshipfully reflecting upon the glory of our risen Savior. But that’s beside the point. The real joy was watching hundreds of Xeroxed children learning to body check, throw elbows and otherwise muscle their way to their prescribed dozen Cadbury-less “treasures.” Because nothing says supplication and repentance quite like a miniaturized, semi-bloodless version of the Hunger Games.

Sadly, this traditional display of might making right ceased to be upon our moving to Omaha. However, my banishment from local bounce-centered establishments remains intact. Because the wonderful thing about traditions is traditions are wonderful things. Even if they sometimes involve a bit of opoo.

This column originally appeared in the April 2015 edition of Chatter Magazine and can, if Scribd.com still exists, be found here.