Hitchhiking Along the Romans Road 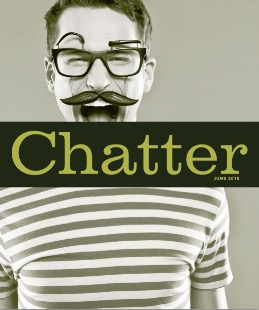 I have three kids. My wife also has three kids. They are – as far as we can tell – the same kids, despite their predilections for pulling rather convincing Jekyll-and-Hyde acts depending on which one of us is presently crushing their tiny, obstinate wills into submission. I mean, lovingly explaining the errors of their ways through helpful Bible- or Veggie Tales-based illustrations involving poorly glued dowel rods, cotton balls and felt. According to the objective standard set forth nearly sixty years ago by Hugh “Ward” Beaumont on “Leave it to Beaver,” our offspring qualify for the nebulous title of “good kids.” But, despite their collective tilting towards Wally and away from Eddie Haskell, we don’t want our kids to be relatively good. We want them to be wholly sanctified. And so, a couple of weeks ago, I determined to speak with my two eldest scions, Gideon and Charlotte, both 7 years old, and hopefully help them stumble down the Romans Road to born againism. Obviously, I needed a tract. I joke, of course, because that’s what I do in uncomfortable situations, which, as it turns out, is pretty much my entire life. I did not need a tract. But thinking about needing a tract took me back to my own youthful days of nascent discipleship, which soon turned into a greatest hits list of evangelical proselytizing clichés. Like the aforementioned tract. For those not prone to touching anything that doesn’t come with a two-year commitment and tons of hidden fees, a gospel tract is basically a tiny brochure explaining the, um, gospel. Usually printed on wafer-thin paper in just two colors (black and red), and often with artwork created circa 1935. They’d probably work great with today’s hipsterati as a kind of retro pastiche. So, I didn’t need a tract. But did I need to use the verbiage I once embraced as an eight-year-old? Did I need to update my salvation sales pitch to incorporate more contemporary clichés of the conversion process? Could I put off the actual conversations by crafting more cunning creations of abysmal alliteration? Yea verily, I could. But I did not. I decided that Gideon and Charlotte did not need to be told that not only was I going to love on them, but that Jesus himself would come alongside them and love on them, too. Or that they needed to ask Jesus into their hearts to be their personal Lord and Savior. I didn’t recite “Footprints.” I didn’t ask them to recite the Sinner’s Prayer. I didn’t steer them off the Highway to Hell and onto the Romans Road, or even the lesser known 2 Timothy Tollway. Not that there’s anything inherently wrong in any of the above. But, as you can probably guess, my kids are subject to enough wordplay and strange speech from Daddy that it’s somewhat hard for them to tell when I’m being serious and when I’m just making stuff up. Wisely, they typically assume the latter. So, I just talked to them. One-on-one and a day apart (they share so much as twins, I wanted them to have these moments for their own). They both already knew the basics as the topic of Christ is not a foreign one in our house, nor, we hope, in their Sunday school classes. I explained in a way that I hoped was simple yet not condescending the reasons for both Christ’s love and sacrifice and why acknowledging that God exists is neither the same as repentance nor choosing to be a follower. And I invited them to join the family. I offered no bribes. I told them they didn’t have to decide right then. And I certainly didn’t ask a couple of first graders that, if they died that night, would they know where they would spend eternity. If they’d been eight, well, the gloves would’ve come off. Happily, as you probably guessed, both Gideon and Charlotte chose to follow Jesus and accept His gift. I assume it’s because of my wife’s great example of Christian living. I also realize that this conversation may happen more than once in the future. Especially once the question of Santa Claus is resolved. When Gideon and Charlotte were still in their cribs and sharing a room, neither one was terribly excited about having the lights turned off at bedtime. Never mind the blue glow of the Tot Clock or a ceiling full of blue and green stars shining from their Bedtime Buddies – if the main room light wasn’t cranked to 11 (they were precocious with their comedy), they wanted no part of it. So, to calm their nerves with something besides Yanni and cigarettes, we used to recite a little call-and-response before leaving them to their dreams: Me: Don’t get up until the clock is? G&C: Yellow! Me: I’m going to turn off the lights and it’s going to be? G&C: Dark! Me: And the dark is? G&C: Okay! Me: Because? G&C: We all sleep in the dark! Well kiddos, you may still sleep in the dark, but now and forever you will walk in the light. And you’ve made your Daddy exceptionally happy and almost – almost – jokeless.   This column originally appeared in the April 2015 edition of Chatter Magazine and can, if Scribd.com still exists, be found here.