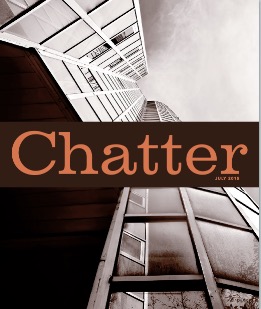 If I’ve learned one thing about the internet, it’s that it is okay to spell it with a lowercase “I” in spite of what my 2008 version of Microsoft Word believes. But the eternal battle against Clippy aside, I’ve also gleaned that the internet is full of knowledge. Sorry, make that “knowledge.” Because if there’s something you want desperately to believe in, by Jobs, there’s a website or 2,365,272 that will support your beliefs no matter how far-fetched, demonstrably incorrect or Pixy Stix-induced they may be. Because science. The latest nugget of suspect wisdom is that I, Jason Fox, a 42-year-old married father of 3, Type 1 diabetic, be-afro’ed Pasty-American, am dead sexy. When the household residents learned of this, there was much rejoicing. And confusion. A little fear. Some hiding under the sofa cushions. Perhaps a skosh of weeping. But once the joyous horror abated, the gloriousness of my physicality remained in the form of my now prized, idolized and 1-Hour Martinized dad bod. Yes, for those of you who don’t click on every link that pops up in your Twitter feed or have the vaguest idea of what a Kardashian is (lucky you), the dad bod is now in vogue. Perhaps even in Vogue, too, but I’m more of a Ladies’ Home Journal kind of guy. What? You say you don’t know what a dad bod is? It’s flippin’ awesome, is what it is. But in less self-aggrandizing terms, a dad bod is the type of body a man attains through years of hardcore workouts followed by years of hardcore “Call of Duty” playing. Doritos may also be involved. It’s the type of body often seen on men at parks chasing a minimum of two toddlers, often in compression workout shirts their wives are too polite to tell them are now too small in certain equatorial areas. They don’t quite have (root) beer bellies, but they do have Frappuccino® flabcakes. While the six-pack abs are still there, they’ve gone underground. Assuming one defines the ground as squishy, squishy adipose tissue. Naturally, because I’m contractually obligated to be mildly theological in this space, this newly bestowed hotness puts me in a bit of a spiritual quandary. I’m just not sure how I’m supposed to feel about my body now being the epitome of temple architecture as it pertains to housing the Holy Spirit. I realize I shouldn’t be proud, as we all know that pride goeth before stepping on a Lego at the top of the stairs. Do I workout three days a week and visit Taco Bell the other four? Is this blessing going to turn into a burden of Burrito Supreme proportions? Would that be so bad? After all, I did not come by my dad bod via the typical route. Not once in my youth did anyone ever describe me as jacked, ripped, brawny or juiced (excepting that one Capri Sun bender in sixth grade). Thanks to more ill-advised random clicking online, I have discovered that I possess an ectomorphic body type. Which, I think, is better than xenomorphic if the movie “Alien” is to be believed. And it is. My body eschews muscle mass. It used to laugh off flab mass, too, until it started letting said flab hang around to chat for a bit after I hit 30. So I didn’t go from gym rat to Gymboree shopper the easy, pass-me-a-fourth-bag-of-mini-donuts way. No, I actually had to work out to reach this level of mediocrity. I joke with my wife that I’ve been bulking up to average. And like most of my jokes, it’s just a thin veneer over the painful, smushy truth. More importantly, how does being the modern version of The David impact my work for the Lord? Obviously, I’ve managed to squeeze a column of suspect quality out of it, so that’s something. But now what? Do I snag an old Slim Goodbody costume off eBay and, after multiple washings for obvious reasons, go forth to combine proselytizing with promoting goodish eating habits? No. Because you can’t win kids to Christ by creeping them out. Been there, done that many times. Been asked to stop many times. I guess I’ll just have to do my best to inform those naturally drawn to my magnetic presence that I am not to be the object of their worship (bounce your eyes, ladies) or of their offerings. Although I will accept stock tips and cheese fries as is allowed somewhere in Leviticus. For now, the struggle to balance Paul’s admonitions in 1 Corinthians 6:19 with the societal pressure to always, always have a selfie stick at the ready will continue. But, as “The Message” version of Matthew 6:24 says, I cannot serve both God and Mallomars. In the end, I suspect this issue will be self-correcting. The media cycle moves too quickly for my middling midsection to remain a designated smokeshow for long. And when that time, probably next Tuesday, comes round, I shall return to my duly appointed place in the global pantheon of humanity. And use my quiver of selfie sticks for some righteous hippie smiting.   This column originally appeared in the July 2015 edition of Chatter Magazine and, if Scribd.com still exists, can be found in PDF form here.