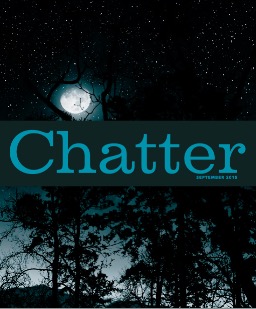 This summer, in between battling my accursed lawn (it won), driving hither and yon with the family, and being employed, I spent time studying. With an actual book. In an attempt to gain useful knowledge that I can apply to my daily existence. In other words, wholly unlike anything that happened in college. The book in question is I Don’t Have Enough Faith to Be an Atheist by Norman Geisler and Frank Turek. As you may have guessed, it is not an epic narrative poem lamenting the authors’ collective inability to believe in the overwhelming power of Nothing (inappropriate capitalization being de rigueur in advanced poetry, as are hoity-toity phrases like “de rigueur”). It is, rather, a book that falls into the genre of Christian apologetics. As is required by the often-overlooked Canterbury Creed of the Associated Apostolic Quill Sharpeners of 1533, I must tell you that the term “apologetics” has nothing to do with apologizing. Wait. So sorry, it actually does come from the same Greek word “apologia.” But in the case of apologetics, the term means to give a formal defense of a position. Christian apologetics, therefore, is giving a reasoned defense of the faith in direct accordance with 1 Peter 3:15, and is in no way (well, maybe 10%) akin to telling your neighbor you’re sorry he’s going “down below” because he once quoted you an NPR story about carbon dioxide emissions. If you’ve ever read C.S. Lewis, you’ve read apologetic literature. And if you’ve only watched Liam Neeson portray a CGI lion in the major motion picture adaptation of Lewis’s The Lion, the Witch and the Wardrobe, then you have not. Although you did at least learn that Aslan has a very particular set of skills and that one should never kidnap his fauns. Not even in the sequels. I became interested in apologetics right around the time my “because the Bible says so, duh” defense stopped working. Although that implies it had once started working, which I don’t recall ever being the case. Nonetheless, while I have never been a certified apologetics nut, I have managed to get mildly enthused about the subject over the years. Recently, however, I decided more in-depth study was required. Not to ward off internet trolls (that’s merely a side benefit), but because I have three young inquisitors who will undoubtedly start questioning me someday – probably next Tuesday – as to why all the things their mother and I have told them are true, actually are. Because if I can’t give (or at least know how to find) answers as to why they should continue believing, there are plenty of people out there with reasons why they should stop. Well, not on my watch, Chachi. Or Joanie. Whichever. So, after hearing Frank Turek speak at our church one Sunday last spring, I ordered the complete IDHEFtBaA: Troll Hunter edition consisting of the book, a study guide and a non-HD DVD. I first read the book, and learned much. And then forgot most. Which is why I am now in the midst of working through the study guide. Because nothing will help me remember things better than scrawling illegible answers in smeared ballpoint (side note: all pen companies hate lefties – the handed, not the political). I wish they’d included flash cards. Or a flash drive I could plug into my noggin like in The Matrix, as long as it didn’t come with any whoa-inducing side effects. While my transformation into an impregnable wall of faith-affirming facts and logic is not yet complete, I do feel more comfortable about thoughtfully engaging with “seekers” and “wanderers” and “lollygaggers” and “lawn loiterers” about matters of eternal consequence. I can turn self-defeating questions back upon the questioner (“There is no truth, man.” “Then how is your assertion true?”). I can whip up a delicious meme about God existing “because science!” I can illustrate to the truly open-minded that faith in Christ is anything but blind, that it does not require turning off your brain, and that extra-biblical evidence from many fields corroborates the validity of the Bible’s claims more so than any other historical book. I cannot do any of these off the top of my head just yet. But give me time. I may never be the second coming of Ravi Zacharias – mainly because he’s still alive – but I will hopefully be able to hold my own against the followers of Nothing. Or at least those who answer “nothing” when asked what they did at school all day. God help me. Seriously.   This column originally appeared in the September 2015 edition of Chatter Magazine and, if Scribd.com still exists, can be found in PDF form here.