Once upon a Thursday evening, with spirit spent and eyeballs bleary, Post the bedtime stories’ reading of wimpy kids and Hobbit lore – I plopped down on the divan, with universal remote in hand, Turned on the TV (not the 4K version I’d been begging for) To a program, weird and wanton, not the one I had hoped for Something vacuous and nothing more. Ah, distinctly I remember how glottal fry and nasal timbre Instantaneously dismembered once-bright neurons by the score. Yet I could not turn away to conversation or printed page – I was drowning in shallow seas of drama I had not once asked for. “What is this trash?” I muttered as I notched the sound up more To better hear the blinged-out bore. Of some outfit she was whining, it made her T-zone look too shiny As her selfie flash was lighting Botoxed lips and chem-peeled pores. She couldn’t get the background right. Her puckered duck face off a slight, She fired the assistant to her third assistant whom she’d hired days before. “This is, like, a farce or something, so get your booty, like, out the door. But we’re still BFFs, right, forevermore?” A commercial break thusly appeared – you thought this Tivo’d? Au contraire! For this instant was I born prepared to break the spell at its dark core. I seized upon my i-device to check ’twould be a stormy night, Then I launched my Instagram to see friends’ quinoa from the eve before. When in my feed – most unsuspecting – lurched that blinged-out demon spore Wearing a smile and not much more. “Away with thee!” I duly screamed; prayed for salvation in my Twitter stream To banish the ghastly, airbrushed mien back to from whence it had leapt forth. But there betwixt Grumpy Cat memes, a most vile, promoted tweet Pushing bronzer on the masses whose pastiness upsets the bore “Get the #glow you’ve craved if you can’t vacay at the shore!” I flushed my cache – haunt me no more! Perhaps if I went analog I could evade this plague’s onslaught – Alas, my effort was for naught at the big box discount store. For on the cover of In Touch, the bore protested much too much How celebrity disturbed her chi till even shavasana became a chore. I sensed impending regurgitation at the vapid self-report, Paid for my Kit Kat, then out the door! Amidst the traffic’s give and take I pondered humanity’s mistake In lifting up this gleaming fake to a seat of honor in the world’s grand court. Wherefore didst we ere decide to reward coquettish glance and sigh? What harbinger of doom is this that we stuff our souls with such ordure, And shower adoration on a yoga-panted impostor? Pled the graven, “Watch me more!” Back at home with children dreaming, the better half fitfully sleeping – I chanced again my timeline’s streaming, daring fate to find true north. But with each scrolling of the page, ten more examples of this fetid age: The rich, the famous, the loud, the shameless clamoring for one “like” more. Idols carved from pride’s own ore – Quothe the graven, “Love us more!” Now upon this midnight dreary, I sit racked with doleful queries – Much aggrieved with modern theories for the existence of such ardor. These mannequins of celebrity trade for tarnish an eternal gleam Flaunt the proscription handed down to those who had, by grace, some worth “Thou shalt not!” thus saith the LORD. Be gone, foul graven, forevermore!   Author’s note: For those not accustomed to the rhythms of pseudo-19th century poetry, I offer this awkwardly produced recitation. My apologies to the late, great Don LaFontaine: 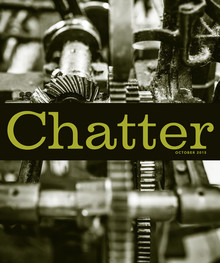 This parody of Edgar Allan Poe’s “The Raven” originally appeared in the October 2015 edition of Chatter Magazine and, if Scribd.com still exists, can be found in PDF form here.