How to Waste (or Not) an MVP 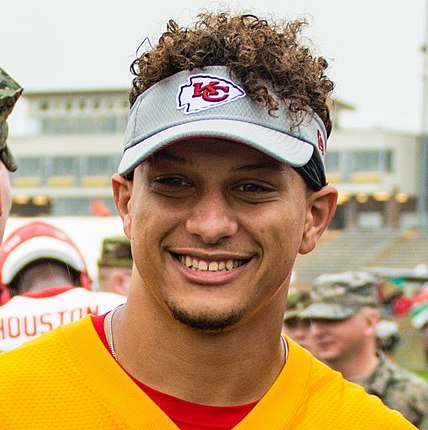 I grew up in lovely Independence, Missouri, just off of Interstate 70 approximately six miles east of the Truman Sports Complex. Or, for those who think the main of Kansas City exists in Kansas, the home of stadiums Kauffman (Royals) and Arrowhead (Chiefs). Excepting a brief sojourn as a Steelers fan in third grade (I could not resist Mean Joe Greene’s Coke commercial), I’ve been a Chiefs my entire life. Even during the Bill Kenney years. And Steve DeBerg years. And the “let’s just hire castoff QBs from the 49ers” years (although it was awesome to watch Joe Montana beat the Broncos in October 1994). I’ll refrain from commenting on former Chiefs GM Carl Peterson’s five-year-plan to achieve Super Bowl supremacy that took two decades to produce bupkis.

But let’s live in the now, man. With coach Andy Reid at the helm and the reigning league MVP, Patrick Mahomes, guiding the offense, the Chiefs, who last appeared in and won the Super Bowl fifty years ago, have a legitimate shot at nabbing at least one Lombardi Trophy in the coming years. As of this writing, they’re heading into the divisional round of the playoffs with heads and hopes held high. [Update 1/20/2020 – The Chiefs defeated the Tennessee Titans 35-24 in the AFC Championship game and are heading to the Super Bowl!]

One of the quirks of professional sports is that superstar players often end up in ads for local and regional businesses. I have no idea how such endorsement deals work, as I doubt the bi-state area’s finest muffler repair shop has Adidas-level cash to toss around. Nonetheless, the aforementioned Mr. Mahomes is currently touting at least two regional businesses – Nebraska Furniture Mart and the grocery store chain Hy-Vee. (I say “at least” because I see the ads in my current exile of Omaha; Patrick could be pushing Standard Improvement Company in KC-only spots for all I know.)

Both Nebraska Furniture Mart – or NFM or simply The Mart – and Hy-Vee are decades-old brands with large presences in KC, Iowa, Nebraska and Kansas. (NFM even has a store in The Colony (real name) north of Dallas, but I don’t if they’re running the spots there – although it’s possible considering Mahomes grew up in east Texas and went to Texas Tech.) So, granted the opportunity to, as the wonks say, partner with the region’s new favorite son, one would hope these experienced brands would do their best to not squander the moment.

Well, at least one didn’t.

Both companies have created multiple spots featuring Mahomes, but in the case of Nebraska Furniture Mart’s efforts, if you’ve seen one you’ve seen them all. Which is never a good thing in advertising. The Mart has never been known as a branding powerhouse. The brand itself is quite powerful, given its 83-year history (founded in Omaha in 1937) and massive store footprints. And the stores actually are quite fun to go to if you’re into that sort of thing. Which I am, when it comes to electronics. The selection is massive, the salespeople actually know what they’re talking about, and all the price markers are electronic so they can be changed (twice a day, I believe) according to competitor’s prices – including online retailers. It’s a good experience, as far as physical retail goes.

But NFM has never, as far as I can tell, been into burnishing its brand through advertising. In the seven years we’ve lived in Omaha, I have been subjected to hundreds of NFM commercials during the morning news, which I watch while attempting to max out my reps and bulk up to average. Every single one is promotional. Every. Single. One.

Which explains why they obviously had no real idea what to do with Mahomes from a conceptual standpoint and defaulted to a series of testimonial spots like this one:

Do I need to comment further? Because I will. It’s obvious that Mahomes was asked very general questions, and probably only given one take. Back in the day, I worked on the Walmart account during the waning years of their “real people” campaign. As the writer, it fell to me to interview our featured folks and attempt to draw out usable statements. This often entailed asking the same question multiple times in varying ways – and not always in succession – until we got a clip or three we knew we could use. After all, real people don’t speak in sound bites, and that’s what we needed. By his looks, poor Patrick is either highly unenthused or too focused on providing a succinct answer (additional spots featuring his girlfriend fare no better). The B-roll shots inside the store are unimaginative, mainly involving fake conversations with salespeople and a lot of pointing. One of the most animated, athletic players in the game is reduced to smiling at big screen TVs.

Hy-Vee, on the other hand, has produced several spots with, wait for it, actual concepts underpinning them. Are they the best commercials ever? Well, no. But they are fun, and they do reveal that Mahomes may evolve to become the next Peyton Manning of athletes vis-à-vis commercial work.

It’s amazing what refusing to go the talking-head route can do.

Feel free to give me a ring, NFM. Waste not, want not. And I accept giant OLED TVs as partial payment.