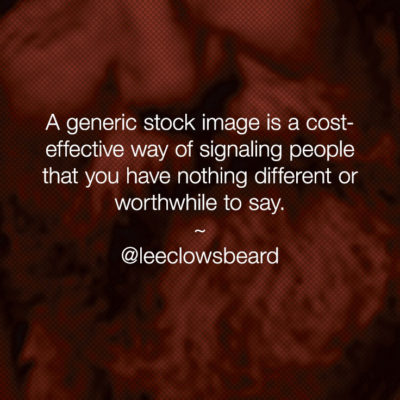 As a child of not-the-90s, I grew up watching reruns of Leave It to Beaver, The Andy Griffith Show and Get Smart on the local UHF channel. Which means most of the commercials interrupting my quality time in the Cone of Silence were for local businesses. And while some were memorable, few were good. Every car dealer had a goofy huckster named Boots or Sonny while everyone else had a horrific jingle (I still haven’t cleansed my soul of the USA Baby ditty “she’s having a baby and you think it’s kinda neat, but you better decide where the baby’s gonna sleep!”). But there was, at least, half a valid reason why these ads reeked of low-budget dollar stretching – they were shot on legitimately low budgets. They couldn’t afford to shoot on 35mm film with a 20-person crew followed by weeks of post-production like the national brands could. And that production value gap showed.

But it wasn’t just the production values that separated the local remodeling company’s commercials from, say, those of McDonald’s. Nor was this difference limited to expensive broadcast productions – it invariably extended to all parts of the brand and its marketing. [Disclaimer: I freely admit there are more than a few good local ads and more than few hideous national campaigns, but space will only permit for so much wonkish deconstruction.] Even as a nascent writer who sometimes felt like a nut and sometimes did not, I could tell that these efforts were a few steps behind the conceptual curve. It was as if the ads’ creators were content to produce something that looked like an ad without worrying about little details like effectiveness, memorability (in a good way) or long-term brand building. They weren’t just producing TV spots (and radio ads and billboards and direct mail pieces and telemarketing calls) that looked or sounded bad – they actually were bad.

But it needn’t be so. Not then. Not now.

Compared to even my first days in the industry, the production budget gap has shrunk immeasurably. While it still costs actual money to produce something of aesthetic value, it’s possible to get a well-made spot or video without begging the CFO for an advance on the next decade’s marketing budget to do so. This is the easiest thing to take care of in winning the Who Doesn’t Want to Look Like a 1980s Soap Opera? game of advertising.

But before you spend the money for adequate production values (which you absolutely, positively should regardless of which media you choose), you need to invest in an idea worth producing. Which means investing in the people capable of both coming up with such ideas and then executing them. Which means treating the creative manifestations of your brand like the investments they are instead of the expenses your procurement department may wish them to be.

Such people do exist in this town. People who can take your brand to the next level without ever once using a cliché like “taking your brand to the next level.” People that will give you a unique identity, marketing materials that don’t look like they came out of Print Shop for Mac circa 1993, and ads that neither bore the viewer with marketing doublespeak nor look vacuously pretty.

The trick, of course, is finding these people and then letting them do what they do best – making your brand look good and driving sales. And you can’t do that when you treat all creative firms as producing the same caliber or style of work. This is not a commodity industry where the lowest bidder should get the gig. The agency that says it can give you seven things for your budget will probably be less effective than the one who says it can produce four. Judgment must be exercised.

Great ideas have real value in timeframes both short and long. The good news is that, while great ideas properly executed often do cost more than lower-quality work, that cost isn’t nearly as high as most marketers fear. More importantly, the return on investment tends to dwarf any cost differential in the long run.

But it’s up to you. You can go the standard route and show happy people happily using your product as they happily go about their happy lives while consumers happily tune you out. Or you can invest a little more money, a little more time and a little more courage into making your brand as unforgettable and irresistible as possible.

This column originally appeared in the Fall 2016 edition of Omaha B2B magazine.